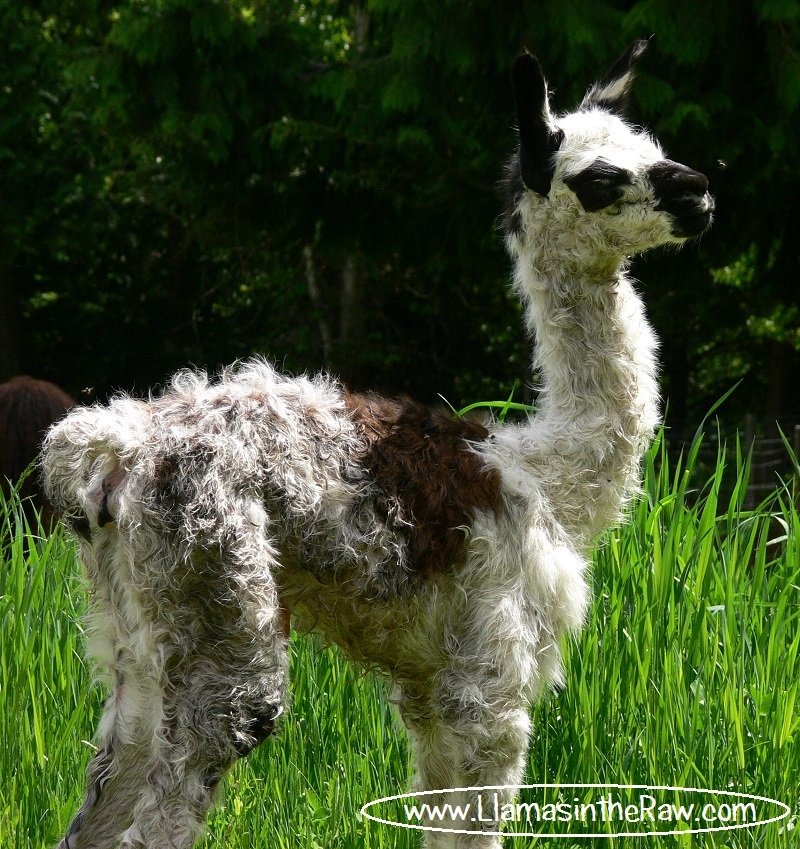 Llamas are amazingly resilient creatures and that resilience extends to the entire process of birthing.  Once in a while though, we are challenged with an abnormality or health problem with the mother or the cria and this week we encountered a really unusual situation.

This is a sanctuary for rescued animals and we don’t make a habit of breeding the resident llamas and alpacas; some of the rescues are pregnant when they arrive, so we have plenty of opportunity to enjoy the innocence and frolics of the neonates.  Tootoosis however, has exhibited a really bad temper for several years and it was decided to allow her to mate, in the hope that the hormonal jolt of pregnancy and birthing would restore some order in her otherwise fractious nature.

On Tuesday she gave birth to a bonny 27 pounder, full of squirm and vitality.  She was up on her feet within fifteen minutes and suckling within the hour.  A few hours later though, as she was following the herd down the hill and into the forest to reach water, she suddenly stopped and bent her head to the ground.  After a few seconds she lifted her head, staggered a little and seemed confused.  However, she carried on walking with the herd, but after only a few paces stooped again and hung her head.   She displayed sudden bursts of weakness and a desire to lay flat on the ground. 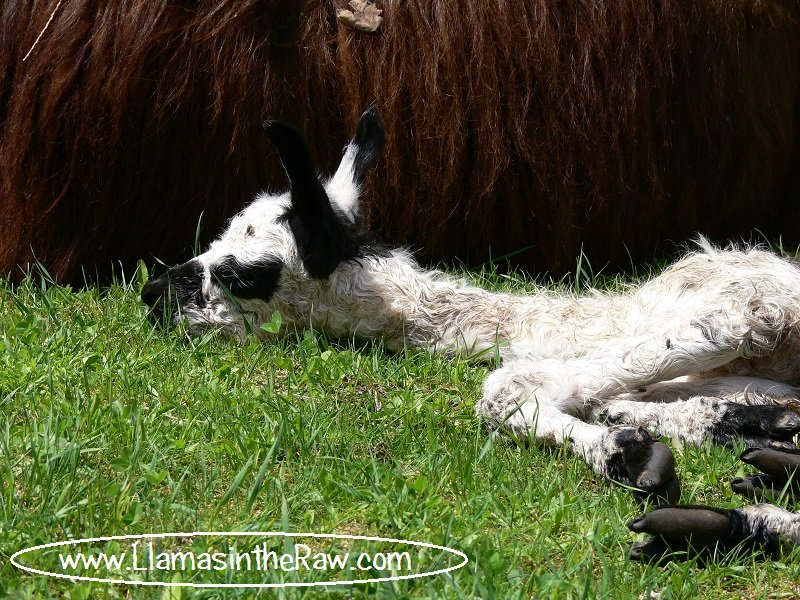 Being carried back to the barn was not what she wanted, writhing and thrashing with amazing strength.  Even then, she had to stop all movement every once in a while and hang her head.  Once in the sickbay, we could observe her closely and finally decided that she was experiencing vertigo.  Digging deep into the heavy tomes of the homoeopathic manuals we came up with a few options.  With six hundred and eighteen remedies listed under the category for ‘vertigo’, we had to be much more specific in the details of onset and associated symptoms.  ‘Onset of vertigo when descending’ was quite specific and so too was her confusion and sudden weakness.  She had to cush frequently and made no attempt to suckle.  Homeopathy is all about observation; about uncovering the uniqueness of each case; it is a truly holistic healing system.

The first two remedies we tried had little or no effect.  With newborns, we don’t wait very long for a response.  If we don’t see a positive response within a few hours, then we move on and try something else.  The third remedy was almost instantaneous in effect.  She walked further without having to hang her head and she appeared to want to suckle.  After two doses of the remedy a couple of hours apart and a third dose at first light, she was able to follow the herd up and down the hills and through the forest without stopping.  She was feeding regularly and developing that delightfully inquisitive nature that make young animals so endearing.  If only we could all retain that degree of innocence and trust! 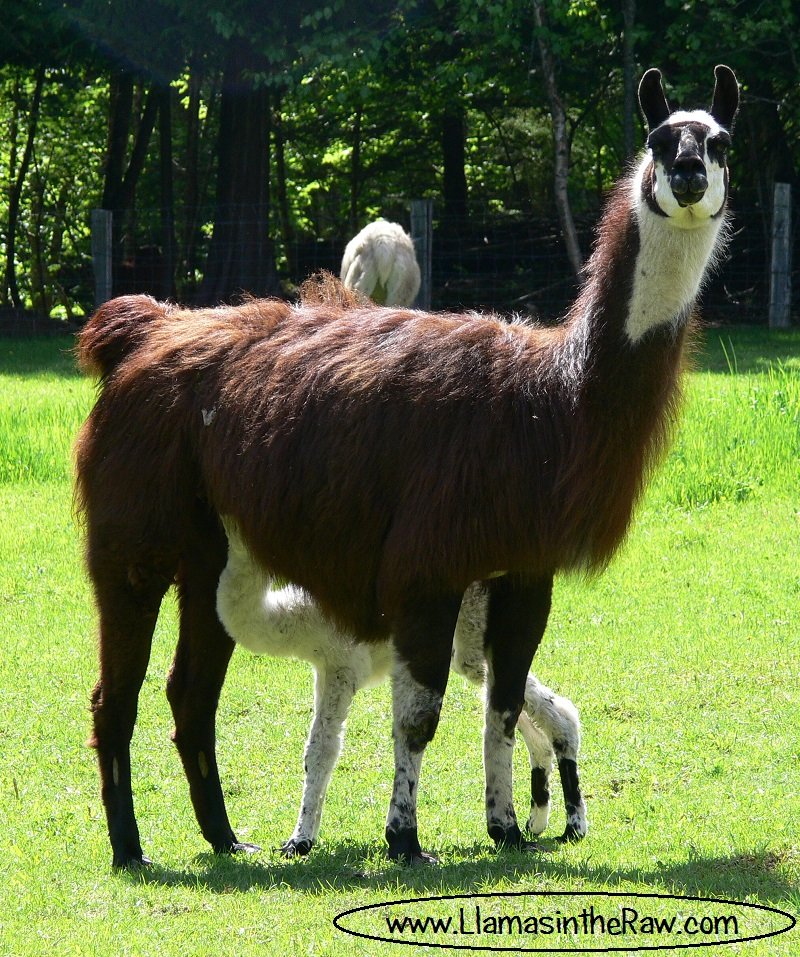 We may not understand the ‘why’, just like we cannot understand the why of our own ailments, but being able to restore health without using powerful and damaging drugs is what we should all strive to achieve.  Every dose of antibiotics that is administered results in decreased resistance to infection.  Large doses of drugs have serious implications in the very young, who do not have the physiological barriers that prevent certain elements from reaching the brain.  First Do No Harm, may be the Hippocratic oath taken by doctors and other medical practitioners, but it should also apply to each and every one of us, who take it upon ourselves to work with animals.