Haven to the Rescue 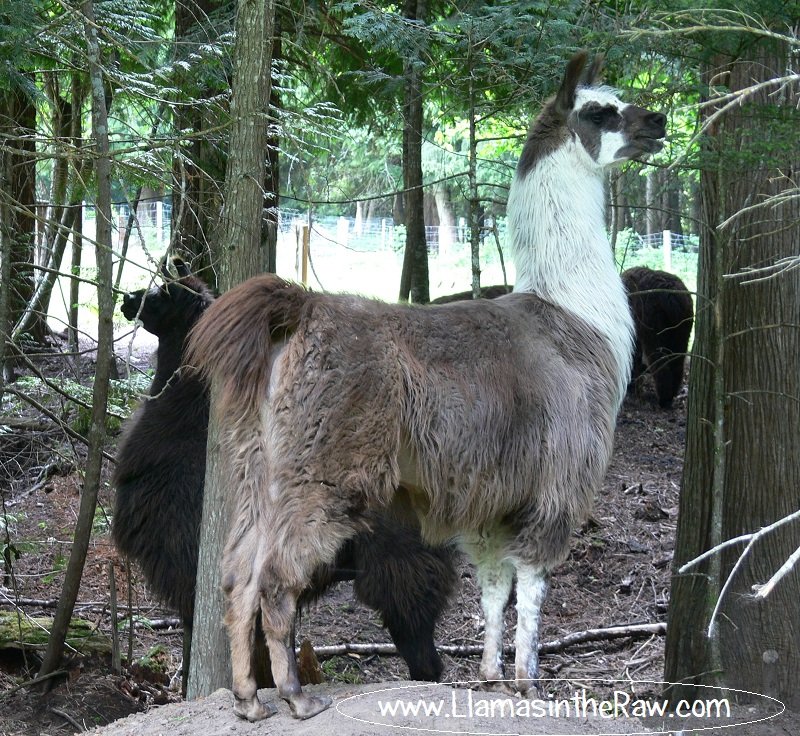 Today is the day! We are just ‘saddling’ up Haven to help us attract a six year old llama female into the trailer. This female has never been handled, nor haltered and has free run of a very steep five acres of bare land as guardian to a herd of goats. Her 80 year old keeper has had a stroke and won’t be returning to his home. We attempted a rescue once, but she was able to easily push past us when the support of the ramshackle barn we had tied to, fell apart. We decided to return with experienced help, but we’ve had delays, because the friends, providing the trailer have had important matters to attend to (such as getting hay before it rains!). 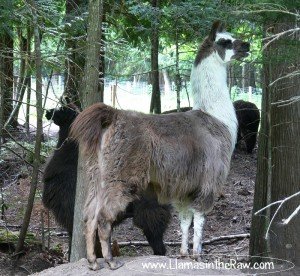 Haven was himself a rescue two years ago; due to be shot the next day if someone didn’t collect him. He was actually ‘rescued’ by big hearted Denise in Kelowna, who already rescues horses. Denise provides love and care for a very interesting menagerie, including a huge pot bellied pig called Daisy who lives in a room adjoining the kitchen in her fantastic house! Unfortunately, Haven and George, Denise’s resident llama guardian, did not like the look of each other and pulled faces across the fence. We discovered that he needed surgery which Denise generously contributed to.

Haven has become protector to our two young llama males, under threat from the four year old boarding stud, Touché , who tries to subjugate them.

The photograph above shows Haven having just run Touché into the trees.

Haven is athletic, Touché is not! It is something we would love to film; it’s typical Tom & Jerry cartoon stuff! When Touché starts, the youngsters make a beeline for Haven and he’s immediately on the alert. Touché blunders along, intent on his prey, then spots Haven standing ready with tail cocked. Touché let’s out a shriek and veers to another course; too late though; Haven is after him and runs him into the treeline and says ‘stay there until you choose to behave nicely!’. Although Haven is intact, it looks as if he has received an injury in the past, which has affected his desire to chase girls. He is the perfect gentleman to take along to hopefully, tempt this young lady without the usual male/female complications. As she has never been handled and the area is full of dangerous junk and low fences, we’re hoping that persuading her to follow Haven into the trailer will be a good solution. 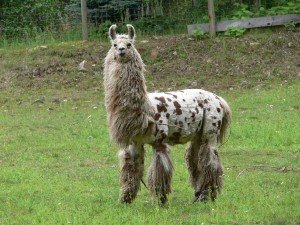 Meanwhile, here’s a picture of Touché wrapped in barbed wire as he arrived here, to show the kinds of dangers that carelessly discarded junk presents.