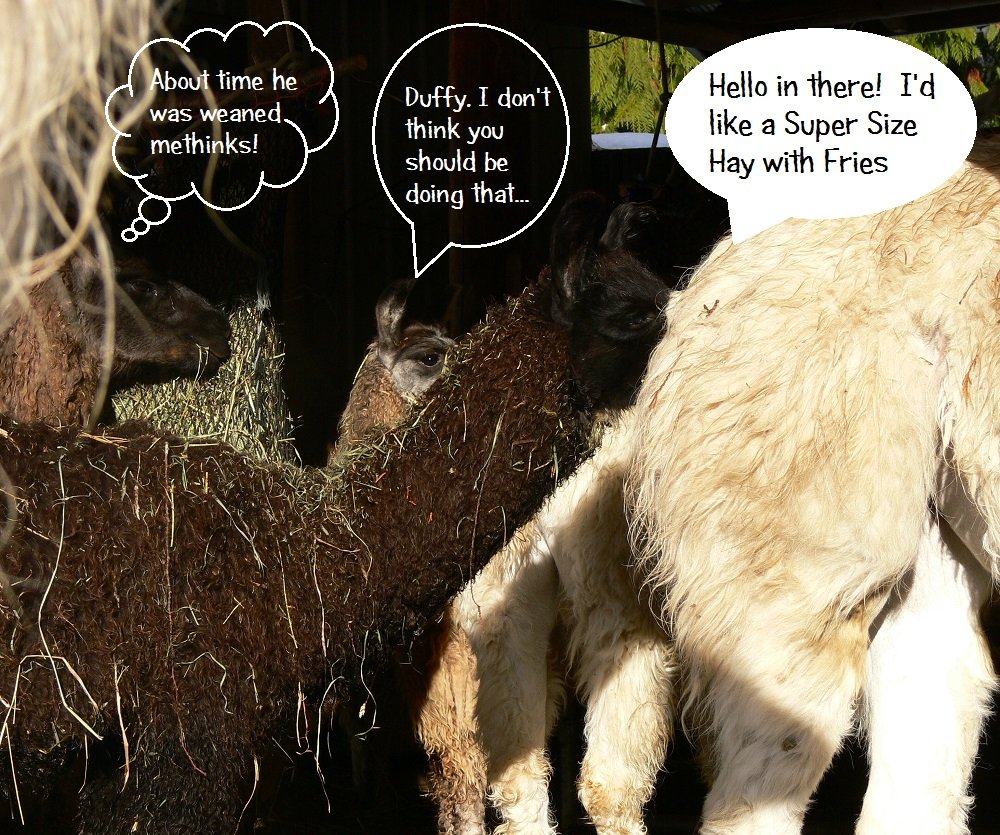 Weaning young llamas and alpacas is almost always traumatic and involves much crying and running around by the youngster who has just been separated from his or her mother.

Weaning occurs naturally in llamas, anytime between 6 to 10 months.  It is not unusual though, for youngsters to occasionally suckle at eighteen months of age.  With the boys however, that doesn’t happen, since they have other things on their minds.

Young males can show signs of sexual activity from an astonishingly young age.  We even had a three day old male orgling one of the young females in his herd.  Three days old!  Thankfully, he was ‘all talk and no trousers,’ so he remained with his mother in the female herd, until he was about six months old, by which time, he was trying out every position in the Kama Sutra and he had to be weaned/removed before he stumbled upon the right way! 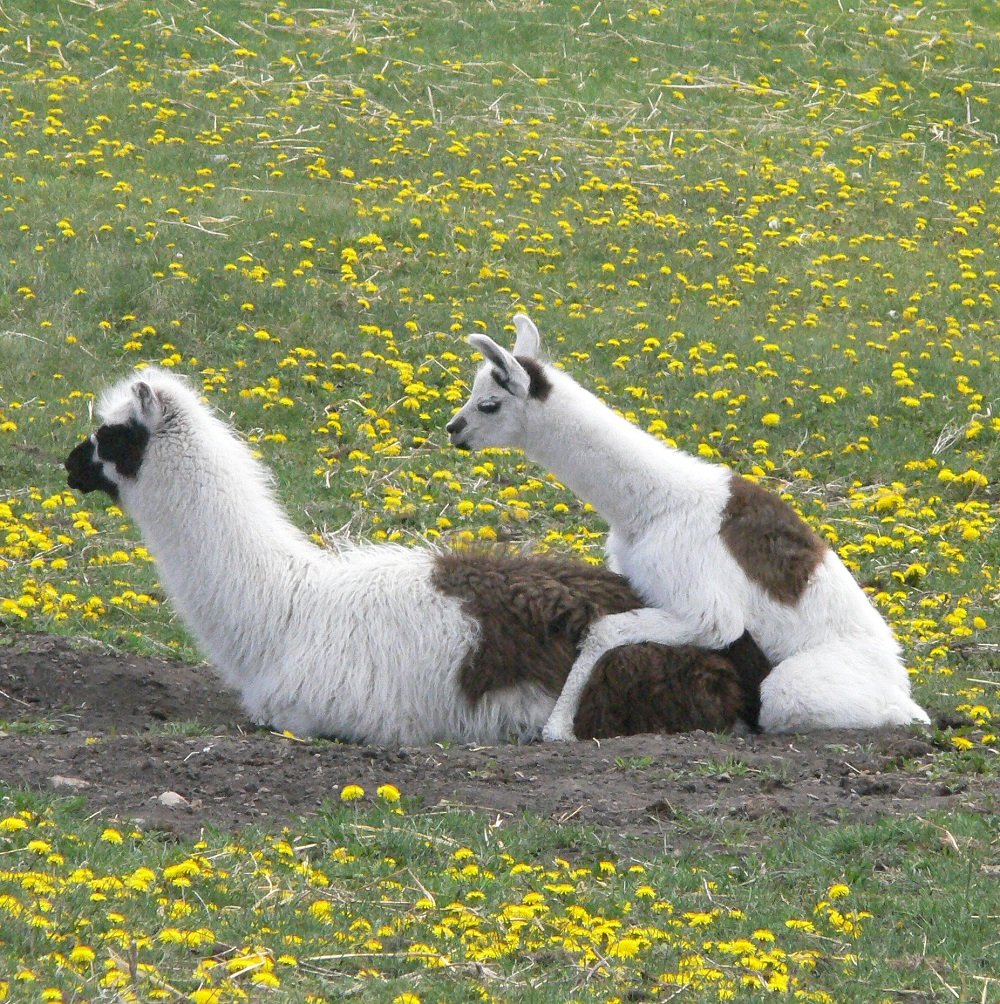 Weaning is actually the process of getting the young animal accustomed to food other than his mothers milk.  Llamas and alpacas are usually nibbling at solid food when they are just a few days old and they are fully fledged grass and hay eaters within a matter of weeks.  Weaning is therefore not strictly the best term to express separating a young llama from his mother.  It is separation and it involves emotional pain and an end to the free milk bar.  The chances are that his mother will be chasing  him away fairly soon, in any case.