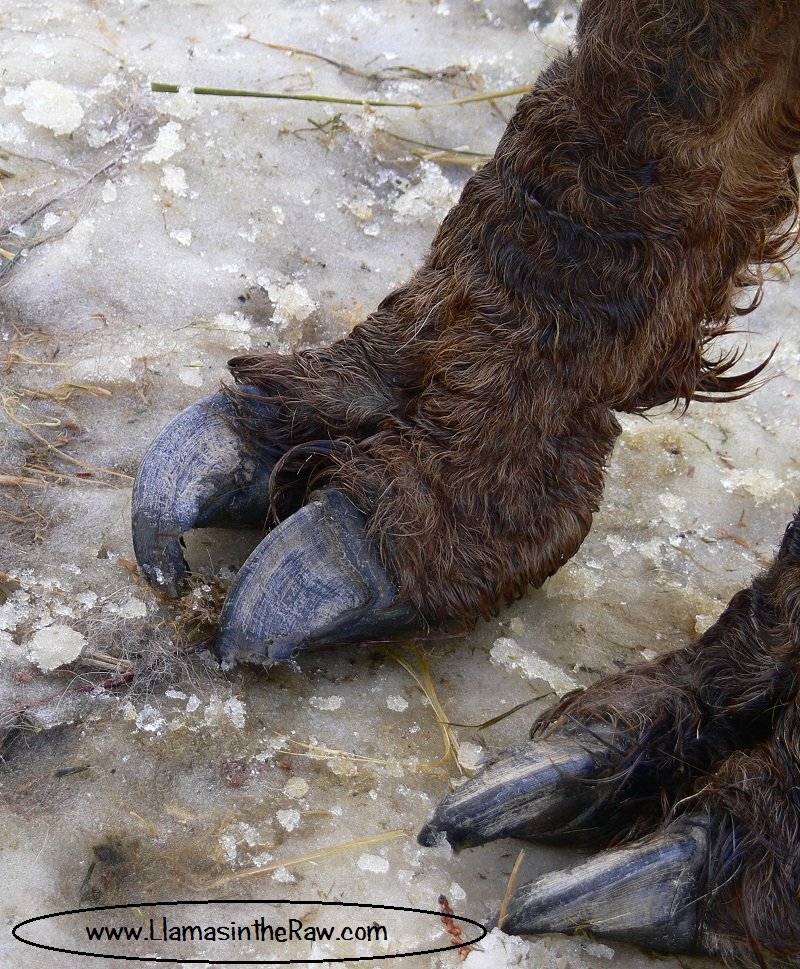 One of the first things that needs attention when a newly rescued llama arrives in the Sanctuary, is toenail trimming.  Many llamas are acquired as guard animals and  left to roam out in the pasture with sheep or goats and since they receive very little attention, they are not fond of being handled.  This might be an understatement.

Llamas are generally, not your touchy-feely kind of pet.  They like their independence and they don’t want to be poked and prodded by humans, but soft pasture is not their natural habitat and so they do need attention from time to time.  Most notably, toenails must be trimmed on a regular basis.  Some toenails grow rapidly and require trimming every six weeks or so, while others are very slow growing and once a year may be sufficient. 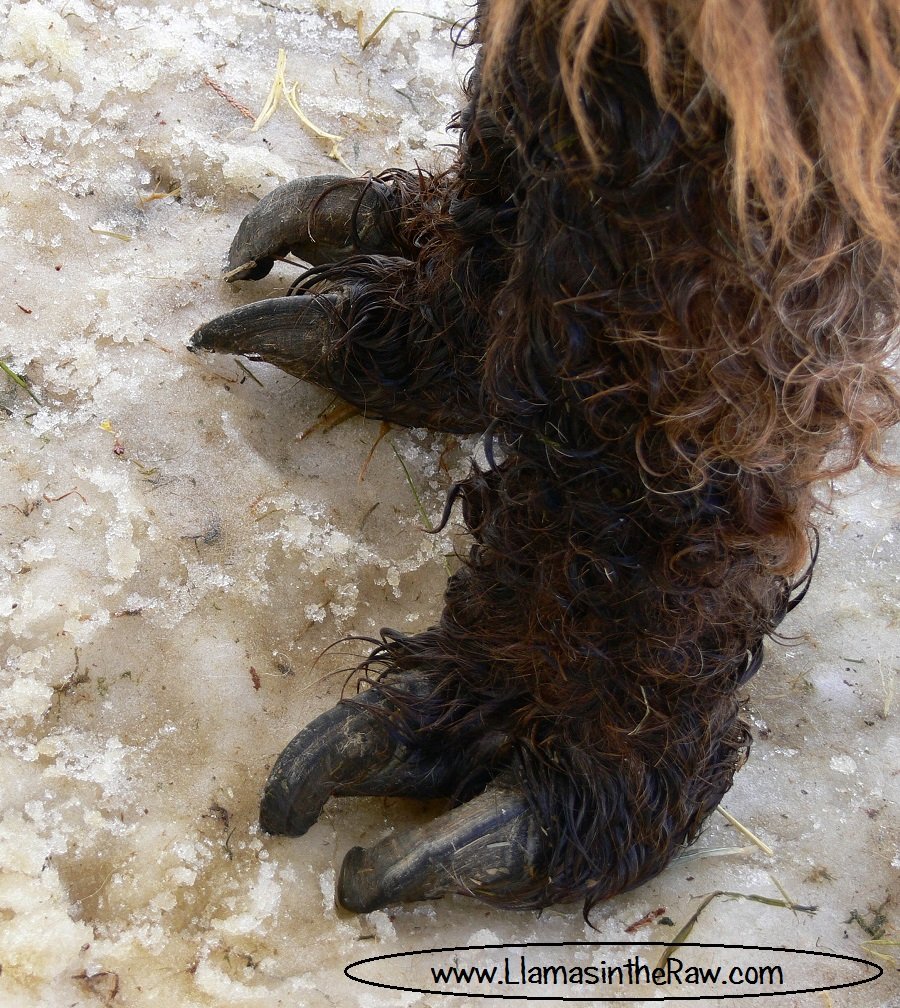 Since the main group of females at The Llama Sanctuary have access to long sandy trails through the forest, they tend to keep their nails in good condition.  However, during the winter there is nothing for them to walk on except snow and straw.  Those with fast growing toenails need regular checkups.  In wet conditions, the excess toenail may sometimes break off naturally, but it’s definitely not good practice to let them get that long.

If left to grow unchecked on soft ground, some nails will grow into long corkscrews, eventually crippling the poor creature; forcing the foot to turn over.

Most keepers that we’ve spoken to feel the same way about toenail trimming – “oh no, not toenail time again!”

How to Trim Llama (or Alpaca) Toenails

Llamas and alpacas hate having their legs and feet touched and frequently kick out when a hand is placed on the leg.  Tether the head close to a fence rail or gate and have someone feed treats and talk calmly to the unhappy creature.  Stand with your back to the llama, about mid way along the body and slowly slide your hand down the leg.  Be prepared for the kick.  Since they cannot kick forwards or directly out to the side, you should be quite safe.  Do this repeatedly and eventually they will calm down and get used to it ….sort of.  Now you need to hold the lower leg firmly and lift it in its natural direction.  Don’t try and pull the leg out to the side or in a direction that feels alien to the animal.  Let the animal adjust its balance, but try not to let them lean against you; it is most uncomfortable. 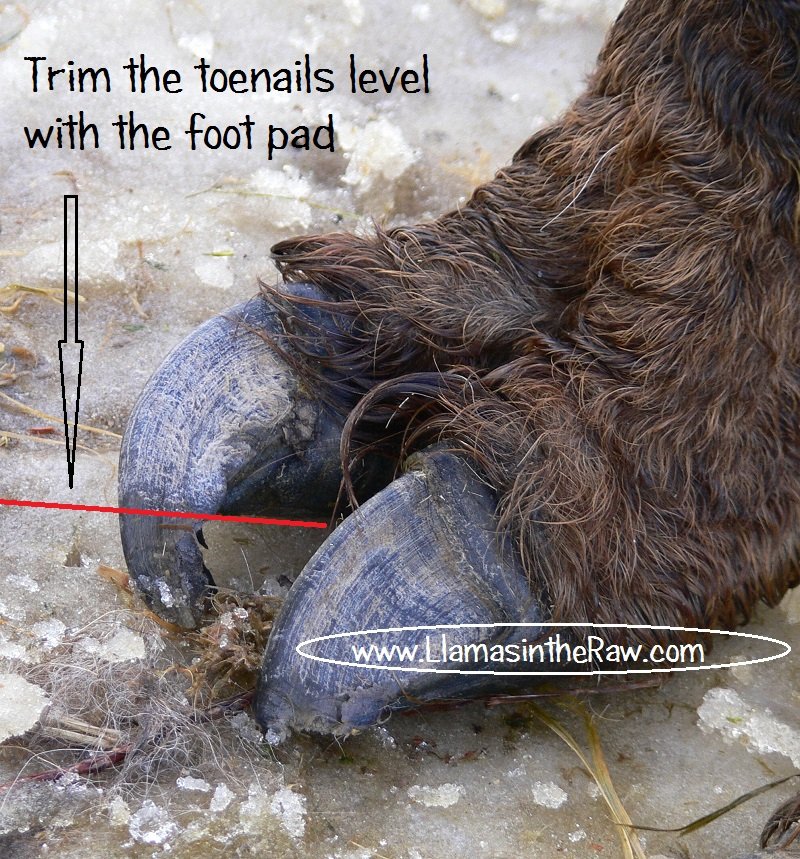 Trim the toenail so that is is flush with the foot pad.  Imagine how it should wear naturally; it is supposed to touch the ground when the foot is flat down.  Don’t try and take too much off, because they bleed profusely!  A good pair of trimmers will cut through the toenail in a couple of snips.  You can use electrical wire cutters or all purpose garden pruners, but the purpose made toenail snips make it easier on you and the llama.