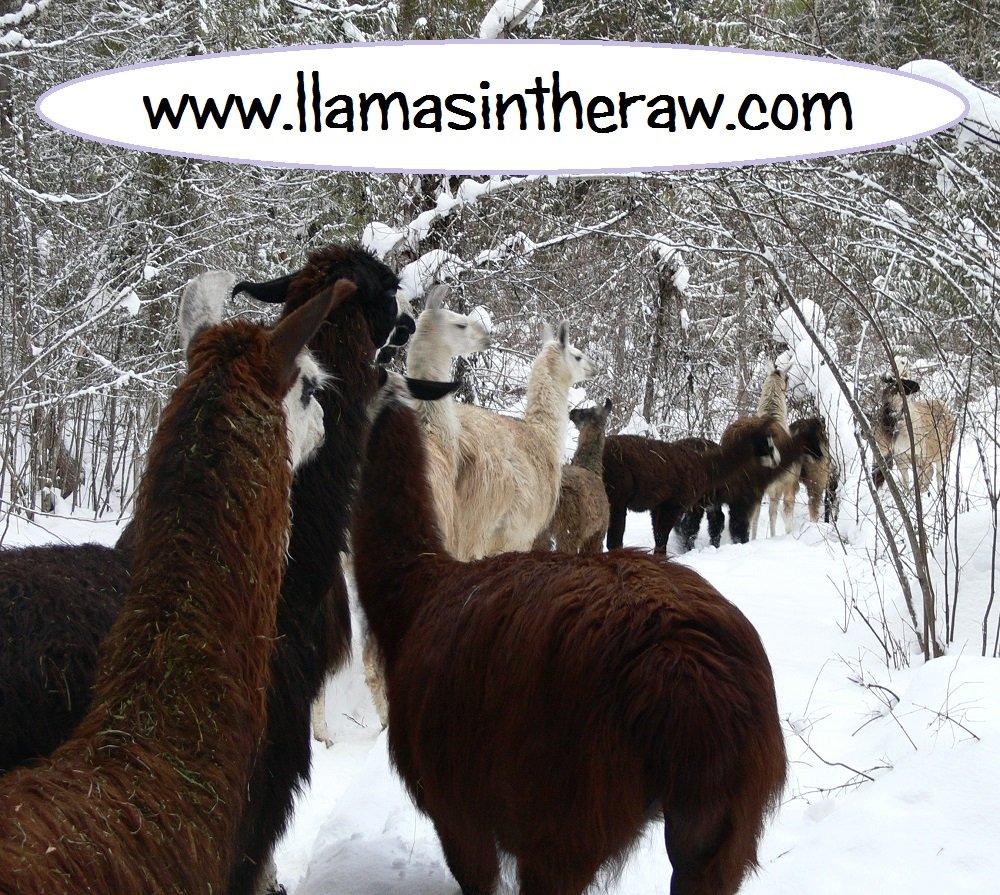 Llamas love browsing in the forest, especially in winter when they are desperate for some fresh greenery.  They are particularly fond of spruce, pine, larch and hemlock, but cedar will do when the others are in short supply.  It’s rather peculiar that the llamas eat such potent substances, when they are extremely sensitive to odours.  Some of them won’t even touch a bowl of oats if another llama has breathed on them!

Traffic build up on the Llama Sanctuary Forest Highway after a tree fell, blocking the route.

Congestion grew even worse when some inconsiderate llamas stopped for a picnic in the highway! 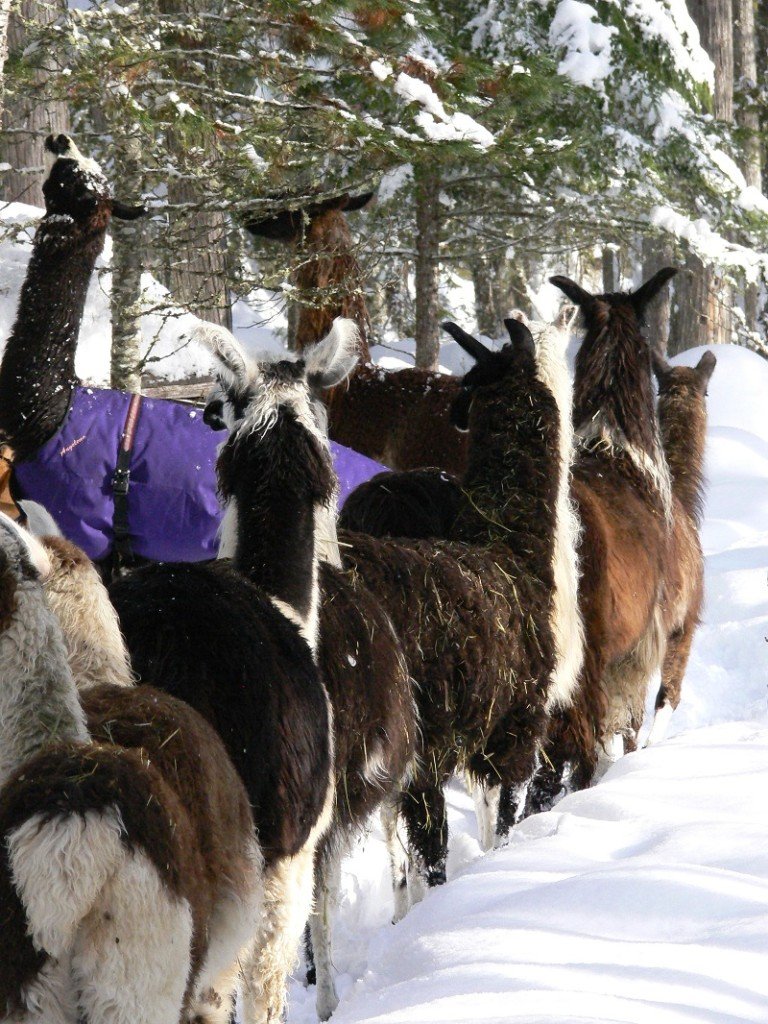