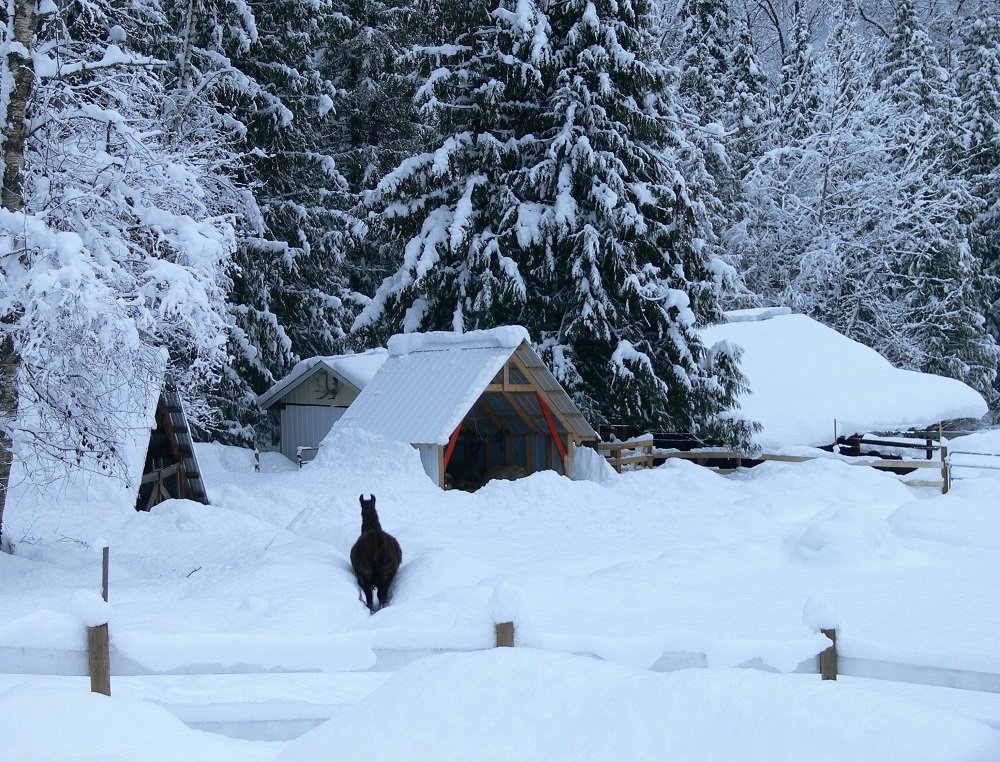 My humour-sense alerts me to potential failure when the snow reaches a depth of about  three feet, especially, if it has snowed every day for the previous two weeks and my back is grumbling about having to clear the pathways yet again. 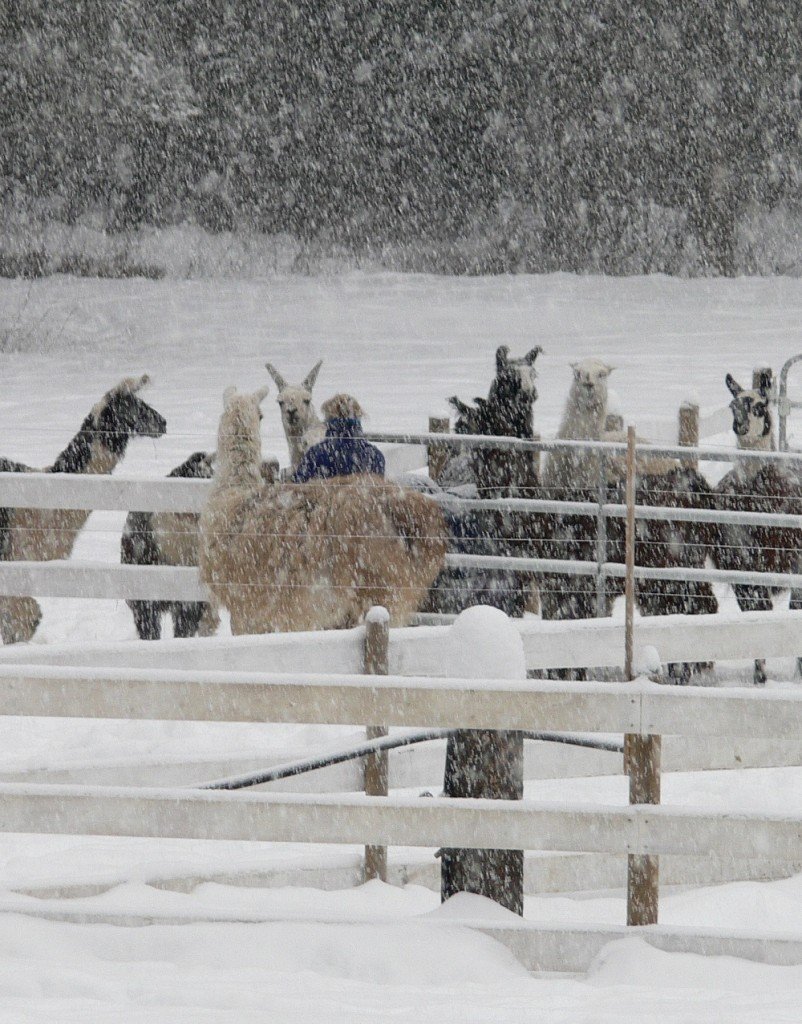 I expect that the llamas feel the same about it too, since their movements are governed almost entirely by the paths that we shovel.  It’s spring time and the big thaw when we experience most of the problems.  Any paths that have been trampled rather than shoveled are extremely hazardous for the llamas, since they slip and slide off the elevated ridge of ice that now constitutes the path.  A few of them who have torn muscles and wrenched legs before, simply refuse to venture out in it and I can’t say I blame them. 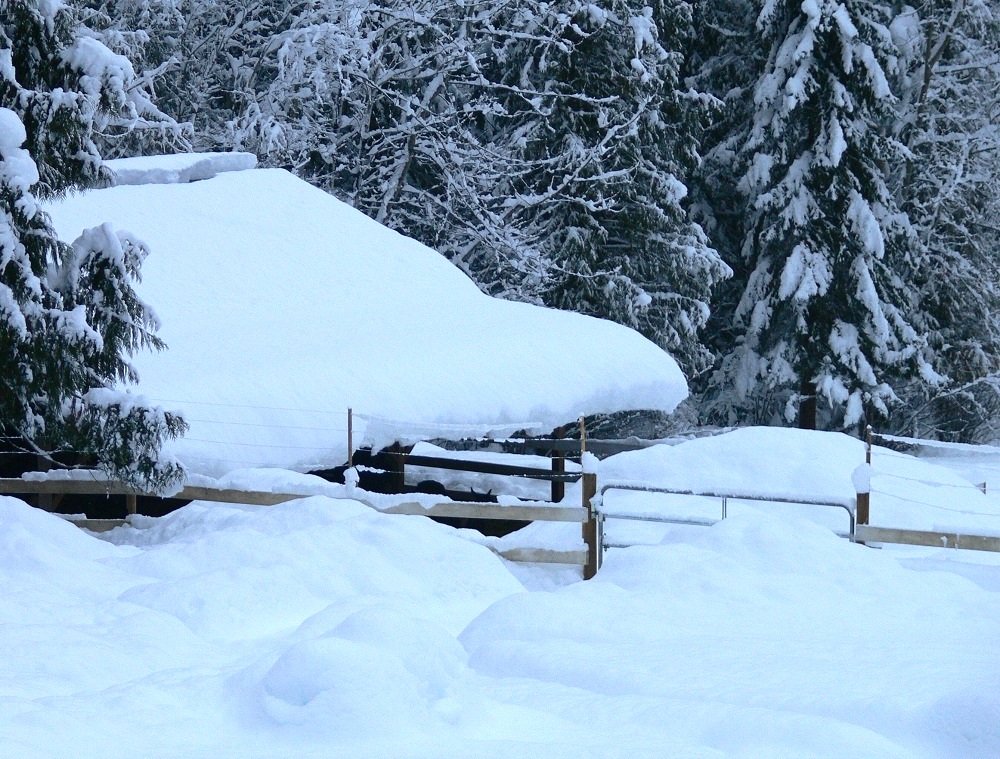 So, we will continue to clear the paths and the mountains of snow that slide off the barn roof, until the day when we have a specially designed barn and corral system that allows for a tractor to do all the clearing ….or a few volunteers turn up!  hmm?  Any takers?