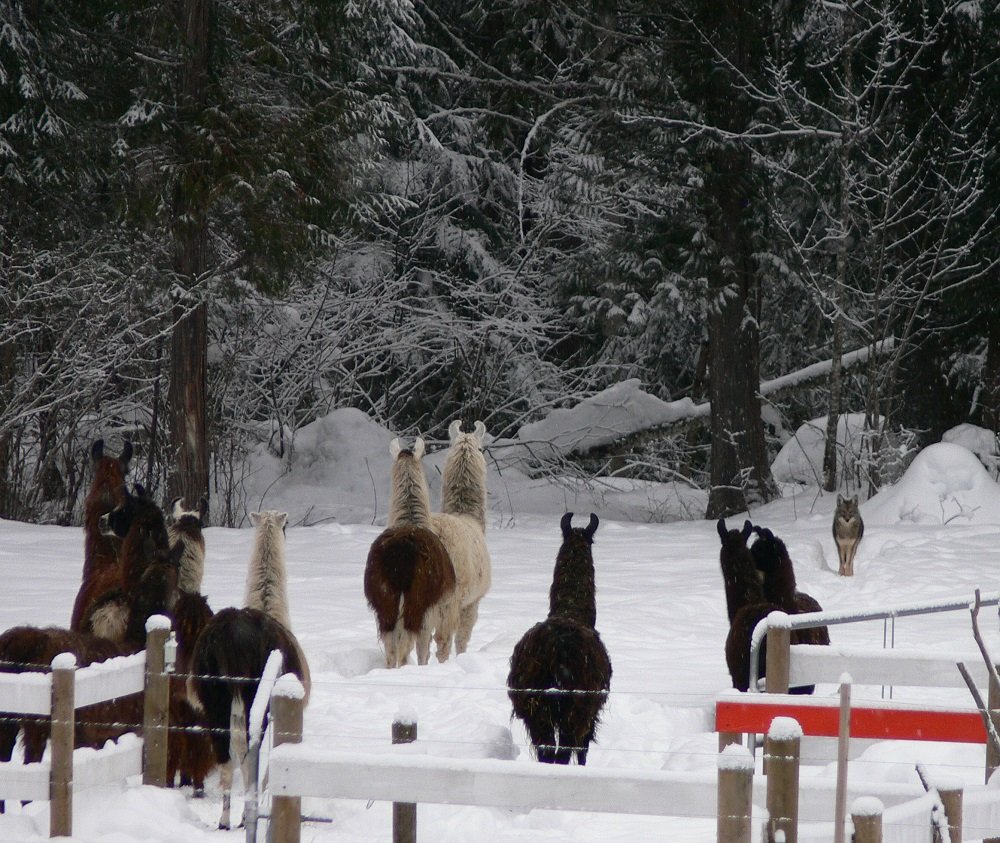 We see a lot of coyotes in this region and we hear them calling to each other most mornings, but thankfully, coyotes don’t normally like to work in packs.

We have seen the llamas use a variety of tactics in the presence of threats.   In this case a single coyote had been hanging around for  a while, evidenced by the entire herd standing motionless and staring into the forest.   A little later in the morning, a coyote appeared and even ventured a short walk along the llama trail ….and then the females began walking towards it.

Although the coyote ran off, it returned twice more before giving up on the idea of llama lunch.

Single coyotes pose little threat to a herd of llamas and even coyotes working in pairs stand little chance of catching a llama, since llamas are much less predictable than other animals in the wild.

Coyotes working in a pack are much more dangerous.  Thankfully, we don’t see that happening in this region.   We have seen, on several occasions,  packs of six to eight wolves giving the llamas a wide berth, preferring the predictability of cattle to the weird and  woolly creatures in the Llama Sanctuary.  That’s one reason they are used as guardians. 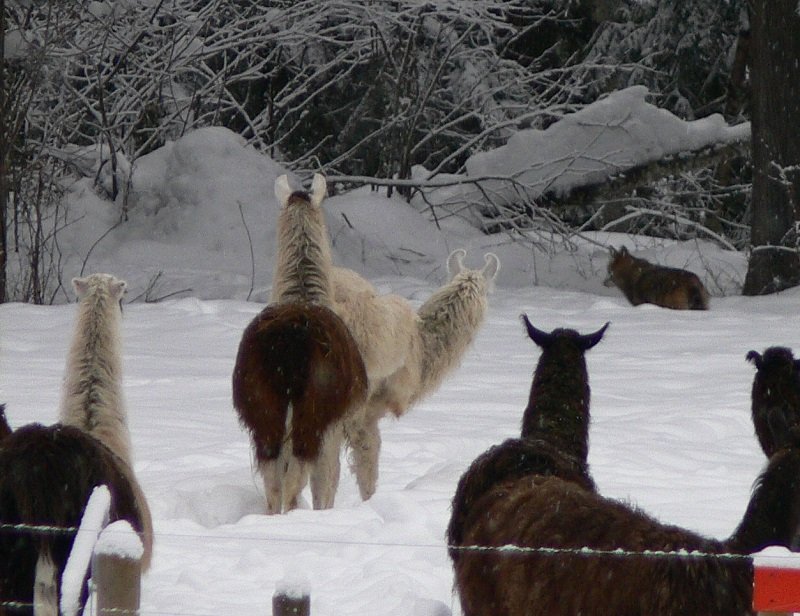