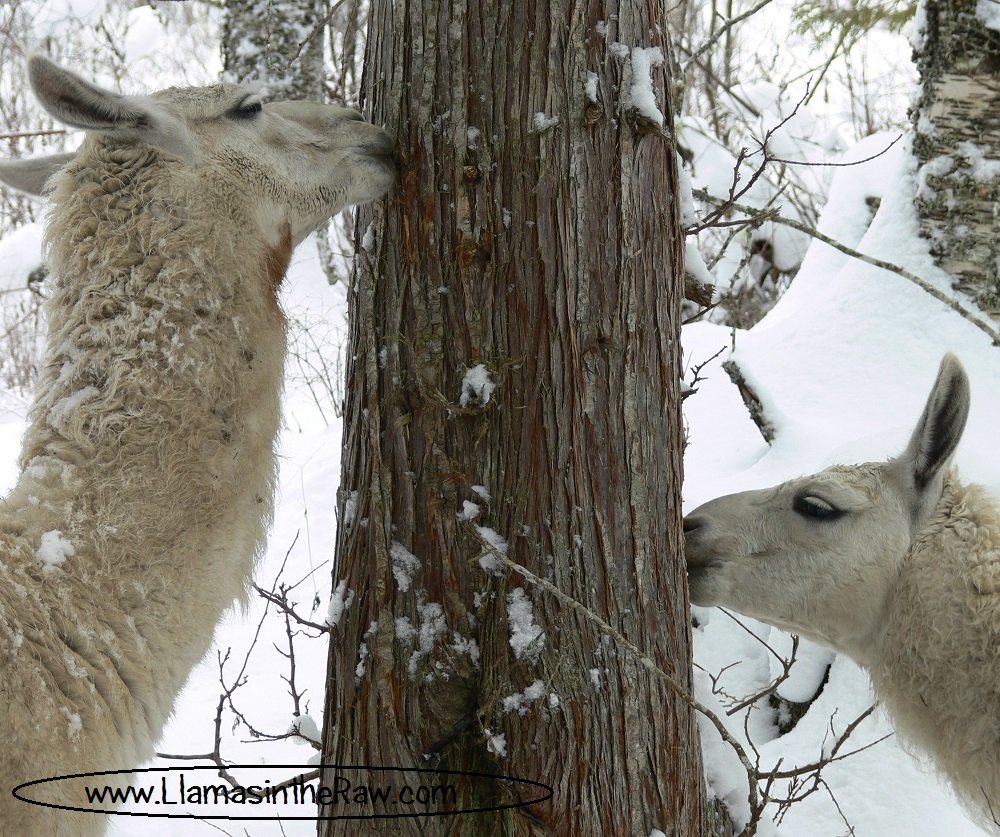 Any llama keeper will tell you that camelids absolutely adore eating coniferous trees.  Pine, spruce, larch, hemlock and even cedar trees are all a favoured element of the llamas diet. 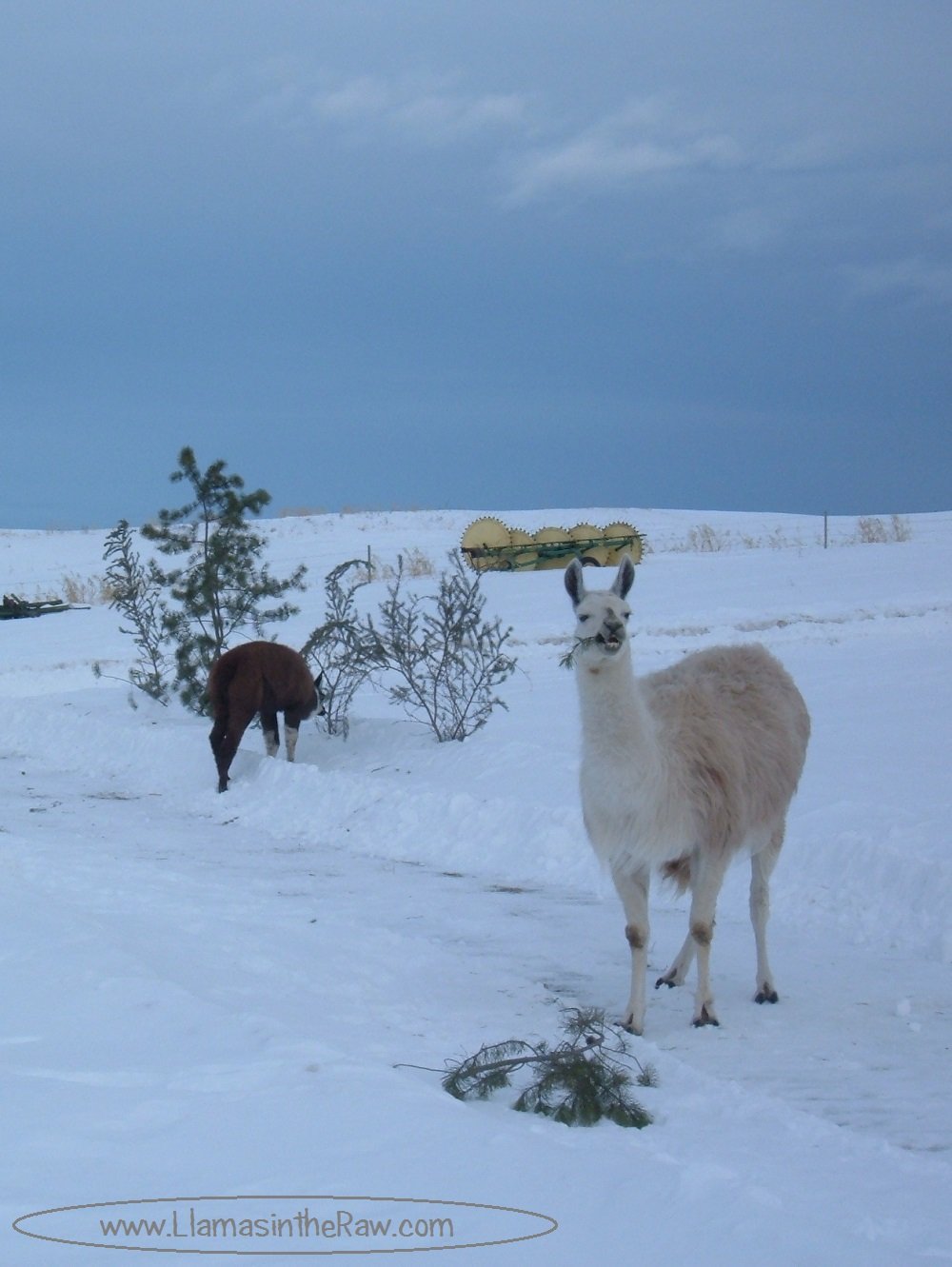 In winter, they crave the spicy greenery which droops down under a heavy snowload, encouraging the herd to head off into the forest each day in search of ‘llama candy’.

Pine and spruce needles are probably the favourites, but even cedar is on the menu for llamas, which is considered toxic to some small animals.  They will also eat the bark, but fear not, we have never seen a tree of any species girdled by their nibbling.

Why do they eat such potent needles, when they are so sensitive to odours?  We don’t really have an answer to that, but they often eat it as humans suck mints to clean the breath.  We frequently see a llama searching for pine needles after a spitting match!  The bark might be desired for improving digestion, since llamas and alpacas need hard fibrous material in their diet.  First-cut hay in the winter is coarser and preferred by the herd in the sanctuary. 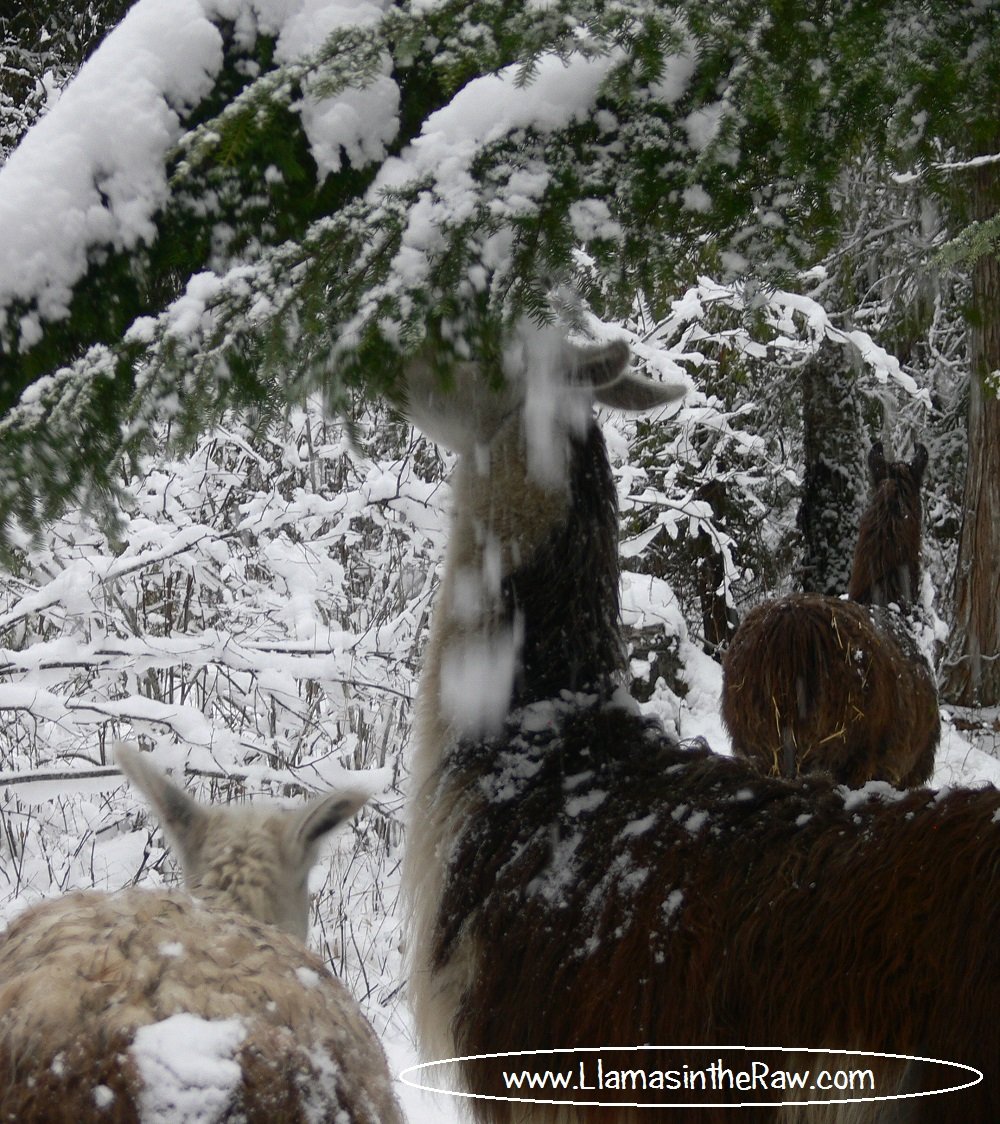 Finally, ask your friends to donate their christmas trees to your llamas and alpacas; they make short work of stripping the needles!