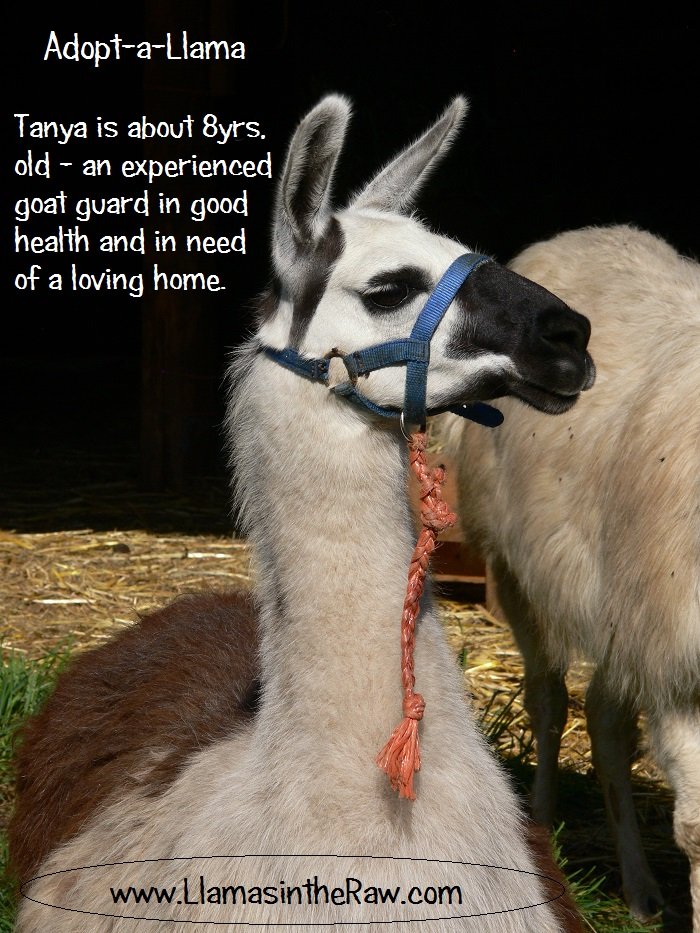 Tanya is a tall Classic Llama, and looking at her teeth and toenails, she is about 8 years old. We know she has been 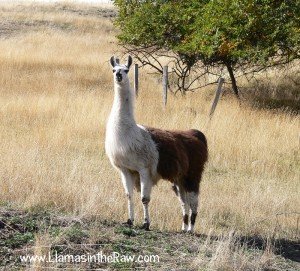 managing a herd of goats for 6 years, and living on a steep hill, which has kept her toenails in good condition. Her nails show no signs of distortion, so she was either very well cared for before she became goat-guardian or she has spent most of her life in this one place. It is also unlikely that she was mature enough to be a guard before she was at least 2 years old.
We received the call about Tanya after her elderly keeper was suddenly taken ill and was no longer able to look after the animals he kept. The goats were promptly removed, which was not a great idea, since Tanya was greatly distressed by the loss of her charges. With no friends or family able to look after Tanya and the property needing to be sold, a new home had to be found for her.
One thing was very clear, she had not received much handling. That is a travesty for animals such as Tanya. Without regular handling, they are difficult to catch and manage and too frequently end up being shot and killed, simply because they cannot be caught. If you have animals, we beg you to make a habit of handling them! We were told that Tanya would eat out of the keeper’s hand. That may be so, but it is a far cry from being haltered and walked. 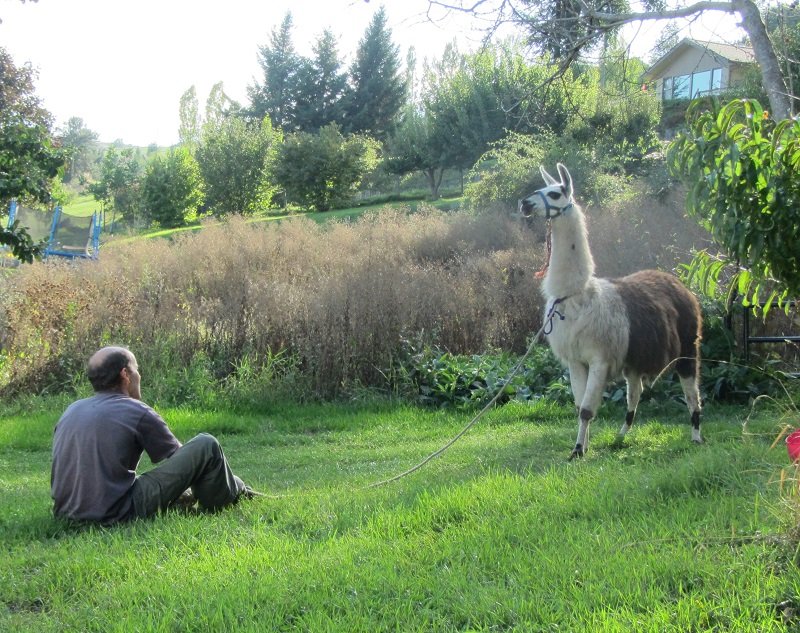 It took four visits to the property before we finally caught her. Tanya could make it to the top of the hill in 15 seconds. We staggered up in about 15 minutes! The small homestead was thoroughly dilapidated with barbed wire and sharp steel fragments lying around everywhere. The fences were very poor and our greatest fear was that she would jump the fence. The chances of catching her then would be virtually zero.
One attempt involved luring her with Haven, one of the males from Llama Sanctuary.  Although she was mightily excited to see him, she was also extremely cautious and met him on her terms only.   We caught her in the barn once, but when she charged the makeshift gate, the barn fell apart. We set up a steel panel corral around the barn and even waited in the dark for her enter the corral for food, but to no avail. She was trapped in the corral once, but the five foot panels were no match for a desperate llama and she escaped. Eventually, with a couple of friends and couple of equally friendly goats, she was corralled. Roping and haltering Tanya was another story and required an hour of stealth, constant reassurance and patience.
Some llamas freeze when trapped, which makes haltering easy, but moving difficult. Tanya was incensed at having such restrictions imposed on her and put up a considerable fight, all the time running the risk of injury from the lethal barbed wire and scrap metal that was everywhere. Thankfully, her only injury was a split lip after she smacked her head on a rock and stunned herself. Moving her to the trailer absorbed two wild and tense hours, shuffling a few feet at a time. There were a few spills and tumbles along the way, for which we are both paying the price with bruises, scrapes and sore muscles! Softly, softly catchy monkey, as the saying goes. That’s the way we prefer to do it, rather than cowboy style with lots of whooping’ and hollerin’ and instillin’ the fear into the poor creature. 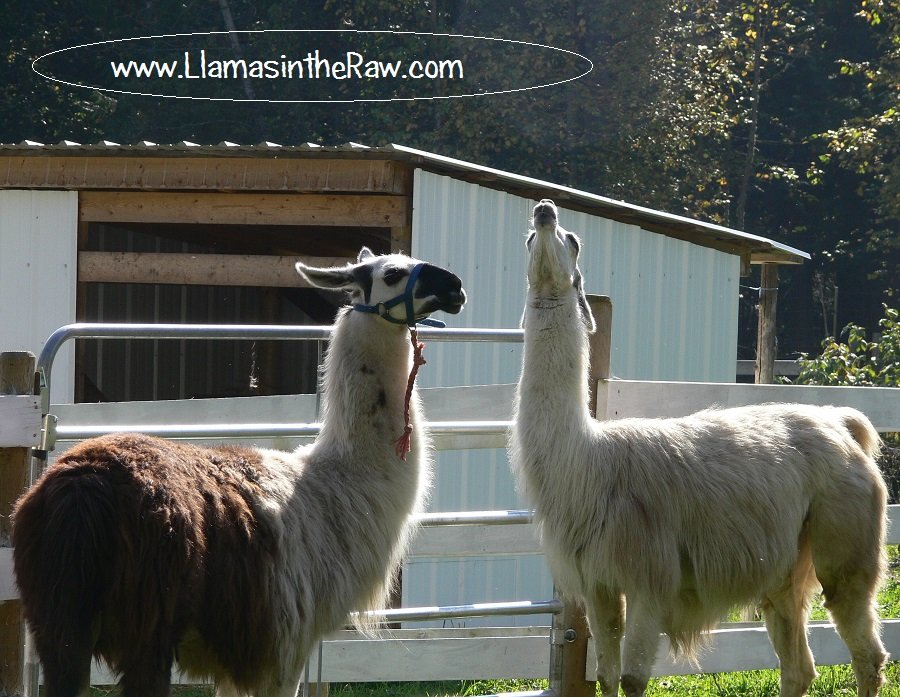 The journey home was filled with a mix of satisfaction and trepidation. The people who had been cleaning out the house were patient with our attempts to catch Tanya, but there are plenty of others around who would rather have the llama in the deep freeze than running loose in the hills. Now that she was secured, we had to help her adjust to a completely different kind of environment and it was obvious that most of our fences were not tall enough to keep Tanya within them, if she decided to run for it.
Introducing Tanya to the rest of the herd is a story for another time, but I am pleased to say she is now one of the herd. In the meantime, spare a thought for the animals that aren’t so lucky; the ones that we don’t hear about or find out about until it’s too late. The Llama Sanctuary is a hobby that has embraced our whole lives. It is funded mostly from our own pockets and from the sales from our sister website Fibre Arts Bootcamp. You can help enormously, by spreading the word about The Llama Sanctuary and by purchasing fiber arts goodies from our website. More importantly, right now we need funds to pay for the new barn, which the llamas desperately need this winter.

The winter feed and fencing expenses, the costs of maintaining the llamas this winter have already escalated to $20,000. We devote ourselves to this cause without expectation of anything in return. We do it because we love it. But occasionally, the demands placed upon us are greater than our capacity to fulfill them alone. What can you do to support us?