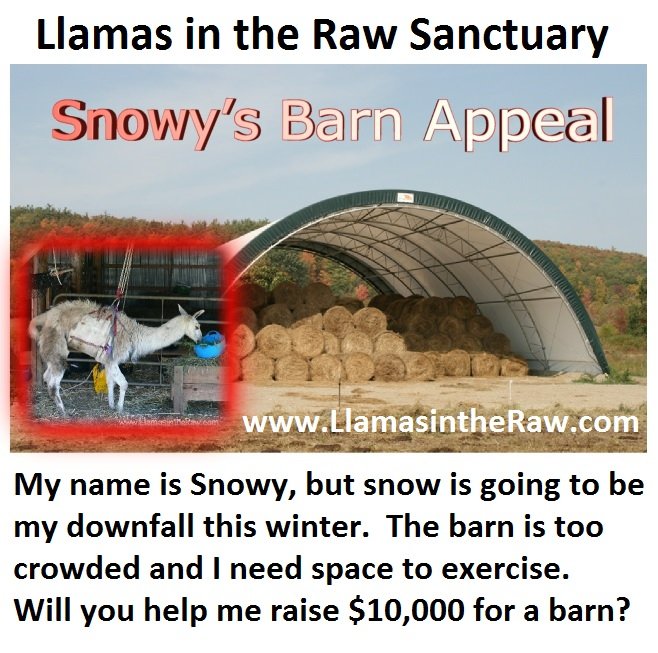 It’s not often that the Llama Sanctuary reaches out for help; appreciative of the constant demands made by charities that appear more urgent or important than caring for llamas, our fund-raising efforts have been focused on creating things of value to sell from our fibre arts store, like the Mega Knitting and Crochet Hooks and downloadable plans for building a spinning wheel or Salish loom, but today is different. The Llama Sanctuary needs a new barn for this winter and $10,000 is more than we can make from a bunch of knitting needles! 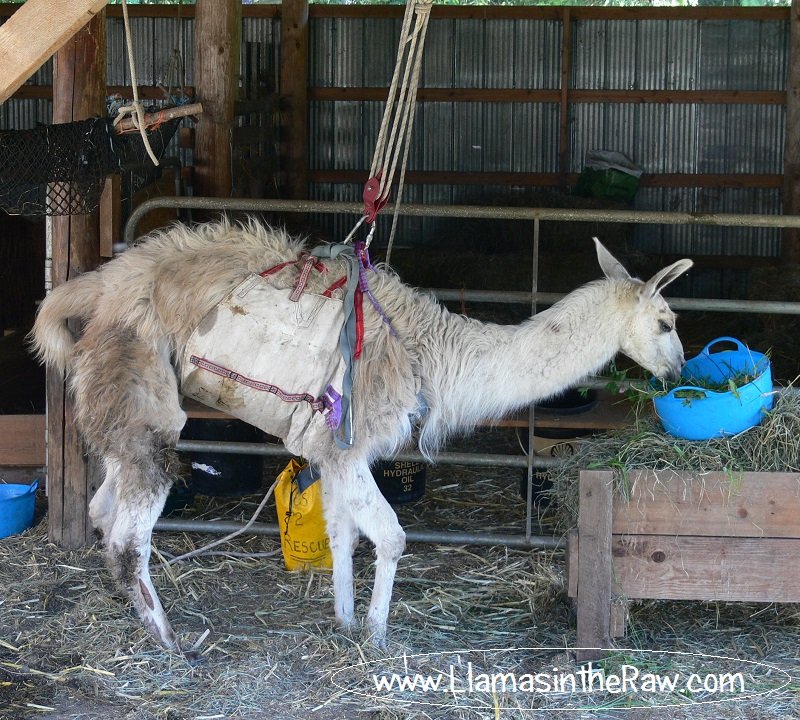 Many people have followed the story of Snowball, who was paralyzed by a stroke, yet from which she has made a remarkable recovery. Snowball’s story is not unique; hers is just one of many similar stories. Recovery takes time, which we gladly give, but it also requires space in which to provide the special care and individual feeding necessary and the main barn is overcrowded.

We plan to erect a 40’ by 20’ ClearSpan barn in time for this winter and we have already begun work on the foundations, which you may have noticed from our post on Facebook about the gravel truck getting stuck and costing another $600 to extract.

The barn is low cost, fast and simple to erect and we can take it with us when The Llama Sanctuary relocates to bigger, greener pastures ….which should have been this year. Perhaps we’re not praying long enough or our fingers are not crossed hard enough, but the Llama Sanctuary has been searching for a new home for the last two years. The pasture is much too small for the number of animals it supports and our courageous plans to build an entire community around the sanctuary means that the criteria for location is very specific.

In the meantime, we need a barn and whole bunch of llamas are holding out their soft toes with manicured toenails in the belief that enough humans care about them to make a difference.