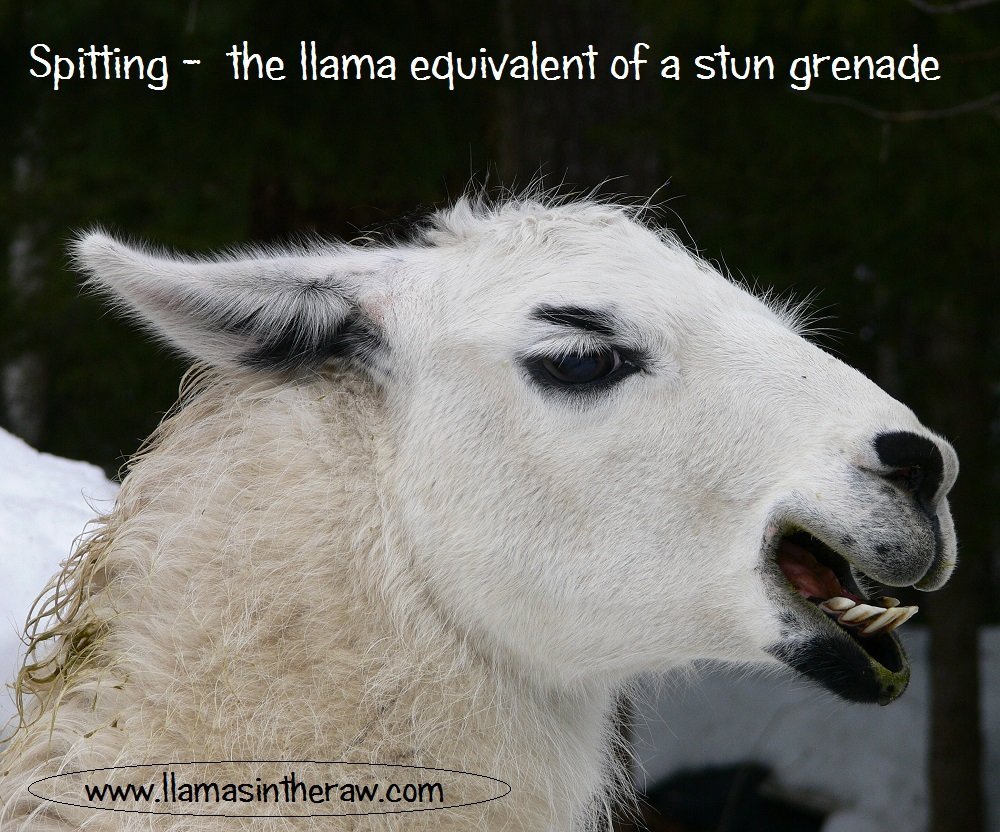 In the world of camelids (llama, alpaca, camel, guanaco and vicuna) spitting is the equivalent of throwing a stun grenade at your opponent.

Despite being extremely effective at immobilizing their opponent, the spittor …..and anyone else in the vicinity, also suffers.  One good spit and no-one can move or eat for the next ten to fifteen minutes.  If the recipient catches the spit directly in the face, they will have to seek remedy in the trees and bushes; anything to wipe it off and something with which to clean out the mouth. 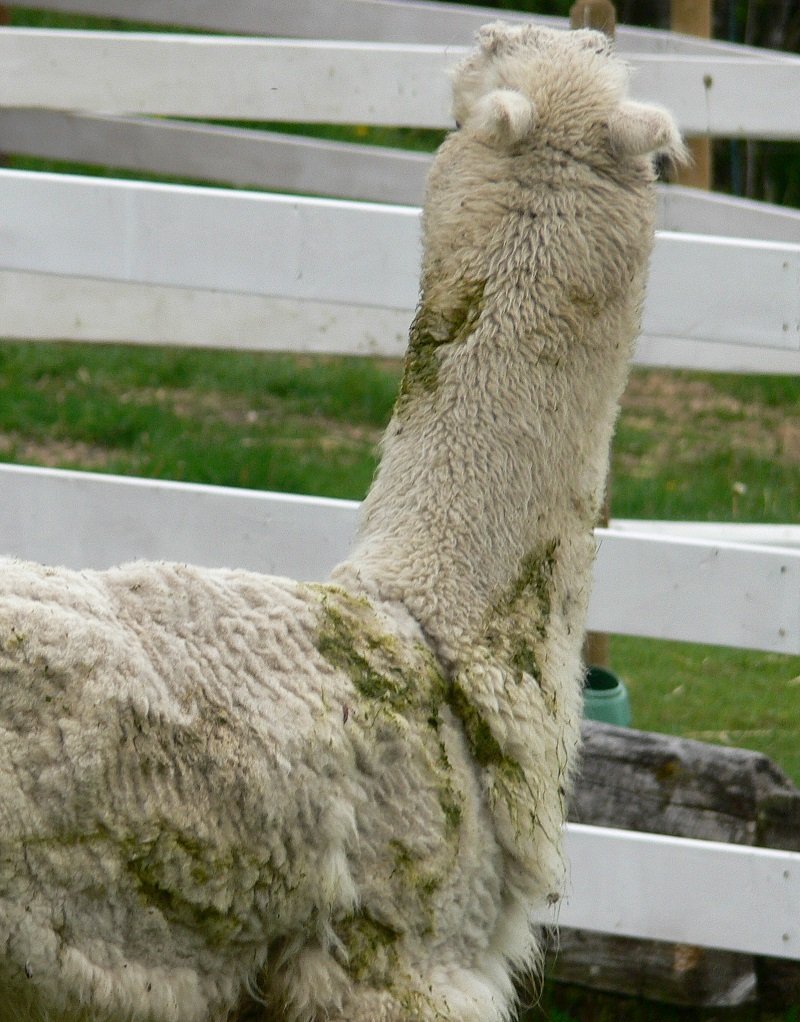 Alpacas are particularly adept at spitting and will hawk up a thick green one if they think someone is even looking at them in a funny way!

It appears that there are at least three different types of spit:

The Air Spit –  used for crowd control.  Tilt your head back and emit a short powerful misty blow, straight up into the air and upwind of everyone else.  DO NOT make it a wet one, a fine mist will do a better job of neutralizing the crowd.

The Green Stunner – the stun grenade of llama spit.  Hawk up some well digested green liquid gloop from one of your stomachs (the older the better) and eject it as quickly as possible, directly at your opponent.  Symptoms of the stunner include: difficulty breathing, temporary paralysis of the legs, increased salivation, head shaking, cough, lack of appetite.  Usually, your opponent will be rooted to the spot for the next fifteen minutes.  Unfortunately, so will you! 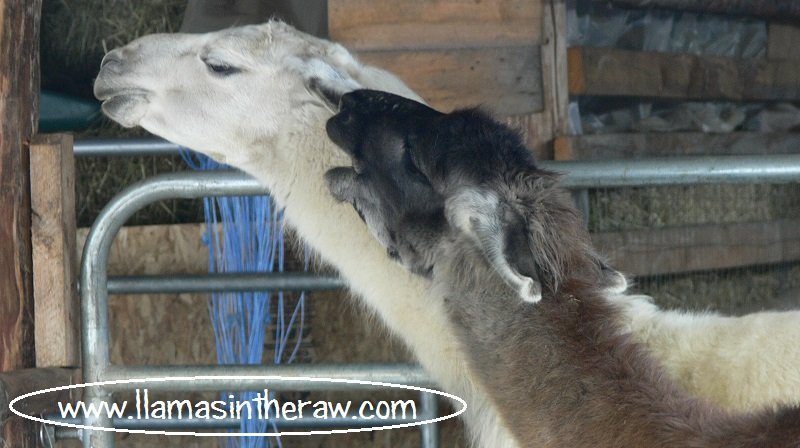 This last spit has several sub-categories, depending upon the source from which the spit is extracted.  The deeper and older, the more serious the consequences. 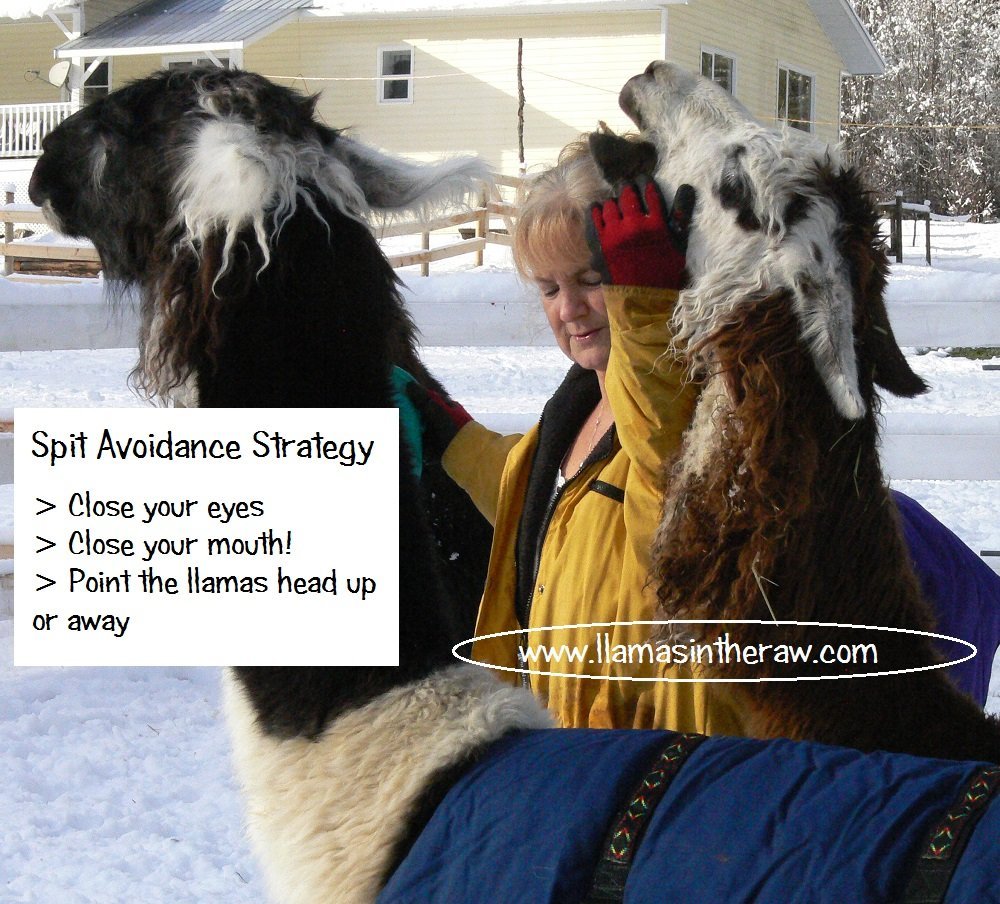 ….and for any humans that get in the way.  You might not be immobilized in the same way, but you will have that smell in your nostrils for the rest of the day.  Get it in your hair and you will sleep alone!