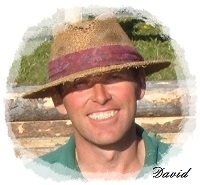 What a year! What a crazy year!  We appreciate that llama rescue seems like a teensy, weensy little blip on the global scope of catastrophe, war, famine, floods, war, neglect, abuse, torture and yet more war.   The big question that runs through the minds and lips of many people is ‘what difference does it make that a few llamas are suffering, when millions of people all around the world are dying for lack of food and clean water or are being killed or displaced by war, environmental catastrophe and by the greed and power-lust of a handful of men who have discovered a way of controlling whole nations through fear and force?’

We ask ourselves the same question.  We do what we can do right now and then we expand and distribute our energy and resources from that small base of hope.  With small successes comes the desire, the need and the courage to take bigger strides and seek bigger successes.

Over the last twenty five years, Lynne and I have undergone a number of transformations or rather transmogrifications.  Firstly, we believed that we could change the world.  When we discovered that to change even a handful of people wasn’t very easy, we left the system to live by example: off-grid, off the land and out in the wilderness.  That was fun, but we didn’t appear to be exerting much influence over the world from there either.  Back in society, with a wealth of worldly experience under our belts, we have learned to function in larger groups to greater effect;  gathering together like-minds who also seek to make a difference in the world.  We are not alone by any means.  Many millions of people are on a similar path, but without direction, chaos takes a hold and many fall by the wayside.

The Llama Sanctuary may be small, but it has a secure foothold, it has direction and it has grand goals for the coming years.  2016 is going to be an exciting interesting and yet another transformational year.  The plans so far devised will be divulged and partners sought to turn these goals into reality in the coming weeks and months.  And it doesn’t relate only to llamas.  Stay tuned, stay strong and spread peace this coming year.  Our biggest prayer is that the plug is pulled from the corporate war machine and it’s mind-washing, mainstream media side-kick.  Stop supporting that stuff and giving it your power.  Real power is ours, if we choose to use it and use it wisely. Key Events at The Llama Sanctuary during 2015 include:

We ask you to help send out a prayer to the Great Spirit to manifest a new home with larger pastures for The Sanctuary in 2016.  There is no longer sufficient pasture at the present location to be able to handle the numbers of llamas and alpacas that come through and there is much work yet to do that expands well beyond camelids.  One plan is to establish a support association that can assist other large animal rescue organizations in times of crisis.  If you have ideas or would like to assist with this, please let us know!

Let heaps and heaps of llama blessings rain down on you all for the support and the love and donations that have helped The Llama Sanctuary through it’s busiest year ever:

Thank you all, bless you all and may peace find its way to every living being on this tiny planet we call home..