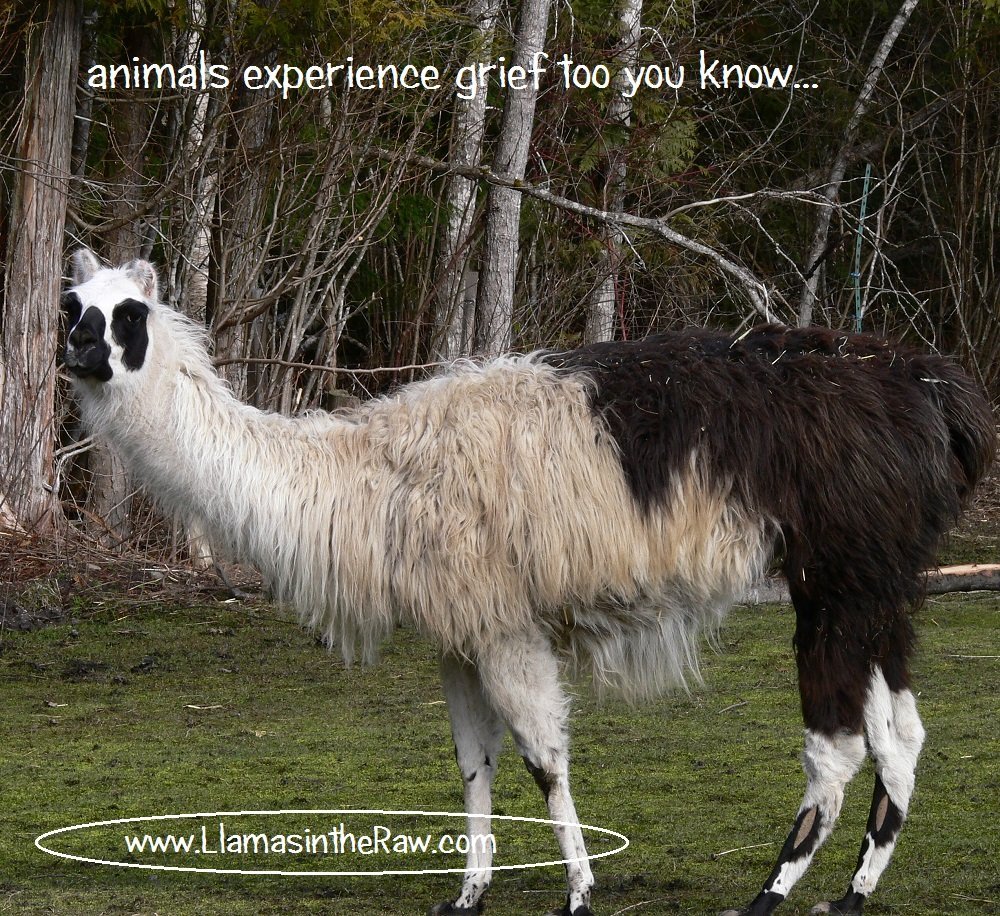 It’s very difficult not to become emotionally attached to the animals in our care and losing an animal at the Llama Sanctuary, is like losing a dear friend.  Some of the llamas and alpacas were once snatched from the clutches of the abattoir, the vet’s needle or the farmers gun and immediately a bond was created to serve and protect that life as we would serve and protect our own family.  I am sure this is the case with everyone who has rescued an animal of one kind or another and in doing so gained the best of friends. 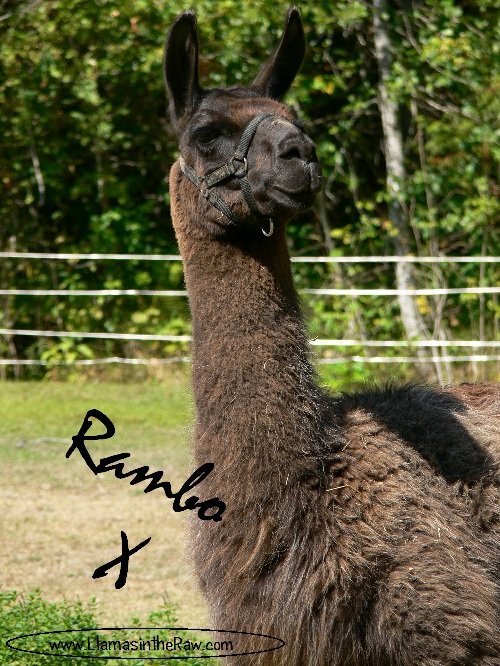 When one of the llamas becomes ill, we do whatever is within our power to assist that animal in restoring health, but old age sneaks up on us all and even with the best of intentions and greatest care, the angels come calling.  Even though we knew Rambo was going to leave us, it still hurt, but what we tend to forget is that some of the other animals also experience that pain of loss.

Ping is the Herd Mourner.  She lost her mother to a brutal attack when she was very young.  She lost her own baby to an accident last year and she grieves sorely!  It took weeks for her to recover from the loss of her baby.  She would wander off on her own and sit and stare at the trees for hours, as though waiting for Kazuko to reappear.

Over the weekend, when she saw Rambo’s lifeless form being moved out, she descended once more into her pit of depression.  Bach Flower Remedies and a few doses of homeopathic Gelsemium seemed to restore her spirits, but as night time approached, she sought once more, the darkest recesses of the hay byre to pray or contemplate or whatever she does.  The look of misery on her face is pitiable indeed.  She doesn’t even move when touched stroked or hugged ….and that IS unusual.

Perhaps we haven’t yet struck upon the right flower or homeopathic remedy for her, but we will keep trying for her sake and for ours.  Please  remember that your animals have feelings too.